Question: when was the last time you did something for the first time?

At Tough Mudder events all over the world, we like asking this question. In fact, in our everyday lives we try to ask this question too. It doesn’t have to be a grand accomplishment. You don’t have to go breaking world records, summiting the highest peaks on Earth, or tackling World’s Toughest Mudder (though we do like that one). Instead, we encourage you to step outside your comfort zone, take the path less traveled, and do things a little differently throughout your day.

83-year-old Mildred Wilson gets a whole lot of bragging rights for accomplishing her second Tough Mudder in Missouri in honor of her late husband Farrell.

Farrell Wilson died 2 years ago after getting COVID-19 and then having a heart attack while being treated for the coronavirus. She decided that she wouldn’t sit at home to mourn her loss, but instead be active and work through her sorrow. 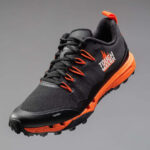 With her doctor’s approval, she joined a local YMCA, started training, and got herself ready for the mud. And sure enough, on event day, Mildred crushed every obstacle and found most to be a little easier than she expected.

“Except for the wall! I always wanted to try that wall. I realized it wasn’t a piece of cake. It took a whole village to get me up,” she said in reference to Everest.

She’s an inspiration to us all and plans on helping out her son Danny in the pit as he takes on World’s Toughest Mudder this November!